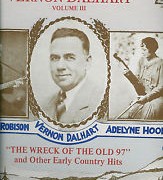 Born Marion Try Slaughter, he was a popular American singer/songwriter and a major influence on country music. He is in the Nashville Songwriters Hall of Fame and the Country Music Hall of Fame, and if you want to hear some EARLY country music, listen to his stuff on youtube. It’s raw!! Hank Williams , Molly O’Day, and Kitty Wells are considered early, early country music in the forties, but Vernon was popular in the Twenties……He recorded under other names, and some think he had more recordings than any one else in history, and that he sold millions of records, but who knows for sure.

He was definitely there at the ground floor of country music and influenced a lot of singers.

He is buried in the Mountain Grove Cemetery in Bridgeport, Connecticut.

In the book Terms of Endearment, Author Larry McMurtry named a character after Vernon Dalhart. In the movie version, it was misspelled Vernon Dahlart. No one is sure if the misspelling was intentional or not.

General Tom Thumb  and P.T. Barnum are buried in the same cemetery.